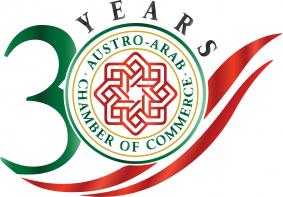 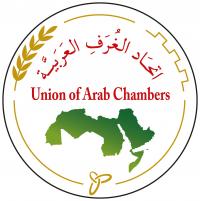 Under the Patronage of the
Federal President of the Republic of Austria
H.E. Dr. Alexander Van der Bellen

30th ANNIVERSARY CELEBRATIONS
of the Austro-Arab Chamber of Commerce

The Arab-Austrian Economic Forum is the AACC’s largest conference, exhibition and networking event. The Forum offers a unique platform for knowledge exchange, networking and deepening of Austro-Arab relations in economy, trade, culture and diplomacy.

The “11th Arab-Austrian Economic Forum” constitutes a major part of the event’s program, offering high level speakers, experts and official representatives a unique presentation and discussion platform to shed light on topics revolving around water, infrastructure, energy, and industrialization, from an Austrian, Arab and international perspective.

Parallel to the Forum, companies, enterprises, international institutions and Arab embassies will display their profiles, services, attractive promotion activities and investment prospects, as well as cultural and touristic information in the respective Exhibition and Networking area, thus allowing for special networking opportunities among the Arab diplomatic corps, the international business community, public and private sectors, and for establishing personal contact with potential future business partners in the Austro-Arab context.

In the evening, the Austro-Arab Chamber of Commerce will celebrate its 30th Anniversary with a festive Gala Dinner Program in the context of the 11th Arab-Austrian Economic Forum & Exhibition (by personal invitation only).

The Arab countries are witnessing developments and ambitious projects that bring huge economic promise to the region. With its constantly rising population, the trend towards urbanization and growing demands of a young, educated, and technologically connected society, the region offers high potential for projects, innovations and private-public partnerships.

Now more than ever the Arab region is expanding and shifting towards implementing new strategies on water, infrastructure, industrialization and energy, and buzzing with new and ground-breaking projects, such as Egypt’s New Administrative Capital, Saudi Arabia’s “Vision 2030”, reconstruction plans for Iraq and other Arab states.

As urbanization heightens worldwide, particularly in the Arab region, where the urban population grew by more than four times between 1970-2010 and is expected to double by 2050, the need for sustainable cities ensuring access to water, energy, and reliable infrastructure has become inevitable. The impact of global climate change also calls for new technologies and models for green and ecological housing.

With Austria as a pioneer in implementing environment-friendly technologies and sustainable infrastructural planning, new bridges could be extended to expand economic ties and strengthen the cooperation between Austria and the Arab countries, thus creating new investment opportunities in many sectors.

The upcoming 11th Arab-Austrian Economic Forum, which coincides this year with the 30th Anniversary for the establishment of AACC’s, will bring together prominent officials and representatives of the Austrian economic and political scene, along with high-ranking figures and decision-makers from the business, economy, trade and diplomatic fields from Arab countries, including ministers, ambassadors, presidents and functionaries from chambers of commerce and other relevant authorities, to discuss issues related to water, infrastructure, energy, and industrialization, in addition to ways of enhancing cooperation and partnerships through the networking opportunity that our Forum & Exhibition provide.

Attachments to this page