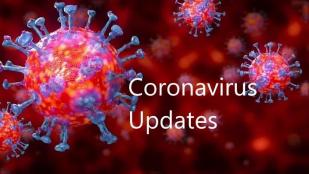 in Light of the Global Coronavirus (COVID-19) Crisis

The COVID-19 epidemic that the world is witnessing nowadays has already started to take its toll on the world’s economy, resulting in global economic turmoil. Instead of growth figures of 2.5% forecasted at the beginning of the year 2020 according to UN sources, the updated forecasts as of the beginning of April clearly indicate a decline and recession in the global economy of about 0.9%. International stock market indices show massive losses as well. In the case of Austria, recession up to 3% is to be expected. Nevertheless, Austria is still ranking among the less economically affected countries in Europe.

The virus has been spreading rapidly all over the globe, leaving yet only a few places unaffected. While China was the first country to be hit by the virus in late November 2019, both Europe and the United States are currently the epicentres of the pandemic, with the United States recording its highest increase to-date in active cases and mortality rate. In many developing countries, the epidemic appears to be just beginning.

Some countries and governments have taken swift action and implemented drastic measures to protect their citizens and residents and to contain the widespread of the aggressive virus within their own borders and beyond. In view of this global crisis, national interests appear to outweigh mutual interests of allies and partners, especially considering that the enforced national lockdowns lead to a reduction in economic production and activities affecting all aspects of life. While the demand for medical equipment is constantly growing, the consumption of energy and other resources is declining dramatically. Meanwhile, the demand for food and essential supplies continues to be on a constant level.

The imposed COVID-19 preventive measures have gravely affected companies and enterprises, resulting in massive claims for financial support and subsidies by their local governments in addition to an increased demand for legal advice and guidelines. Due to the crisis, many industries face a sharp decline in their production and therefore have to resort to alternative new product lines, such as medical equipment and other goods that are currently on high demand.

Despite the multidimensional negative repercussions of the shutdown caused by the virus, the worldwide drop in energy consumption comes in favour of the climate and the environment, as CO2 emissions into the atmosphere have significantly declined due to these shutdown measures. However, the resumption of economic activities will again result in a higher concentration of emissions, as reflected for example in China’s satellite data.

In light of the global and regional impact of the pandemic, AACC strongly urges for the following additional necessary measures in order for the local economy and industry to recover and overcome the pandemic during its last phase and afterwards:

The global economy will inevitably witness massive changes, marked by a strong economic empowerment of most Asian countries that were the first to fight and contain the virus after its outbreak. As indicated in our previous report, European countries will need more time to recover due to the welfare system and structures that were implemented to support their economies and inhabitants. Even so, the uncertainty of a resurgence of the virus cannot be ruled out.

>> Click HERE or below to read the Arabic version