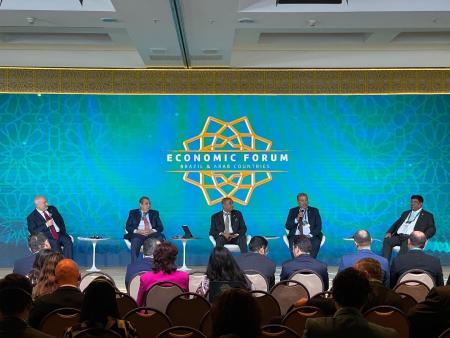 Under the motto "Heritage and Innovation", the fourth edition of the “Economic Forum Brazil & Arab Countries” took place on 4 July 2022 in São Paulo, Brazil, organised by the Arab-Brazilian Chamber of Commerce in cooperation with the Union of Arab Chambers and the League of Arab States. This year's forum, which coincides with the 70th anniversary of the establishment of the Chamber, shed light on the future of Arab-Brazilian partnerships.

The forum was marked by the participation of numerous high-level officials and representatives of the Brazilian and Arab economic and political landscapes, including ministers, chairpersons, vice presidents and secretaries-general of Arab and joint chambers of commerce, directors of banks and institutions, as well as a video message from the Brazilian President Jair Bolsonaro. 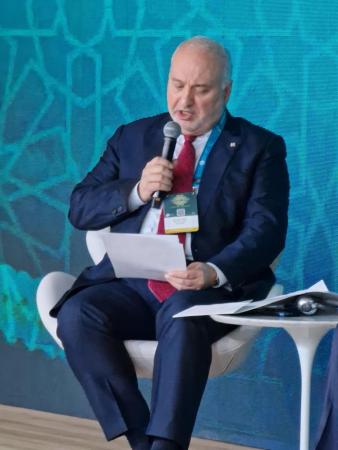 Among the forum’s working sessions was a special panel dedicated to the Arab Chambers, which was moderated by Eng. Mouddar Khouja, Secretary-General of the Austro- Arab Chamber of Commerce (AACC), who stressed the need to adapt to the repercussions and changes caused by the COVID-19 pandemic and to ensure more growth, especially bearing in mind the skyrocketing inflation in energy and food prices due to the war in Ukraine. This session featured H.E. Senator Nael Al-Kabariti, Chairman of Jordan Chamber, H.E. Mr.  Samir Abdullah Nass, First Vice-President of the Federation of Arab Chambers and Chairman of Bahrain Chamber of Commerce & Industry, H.E. Mr. Rida bin Juma Al Saleh, Chairman of Oman Chamber of Commerce & Industry, and H.E. Dr. Khaled Hanafy, Secretary-General of the Union of Arab Chambers and former Egyptian Minister of Supply and Internal Trade. 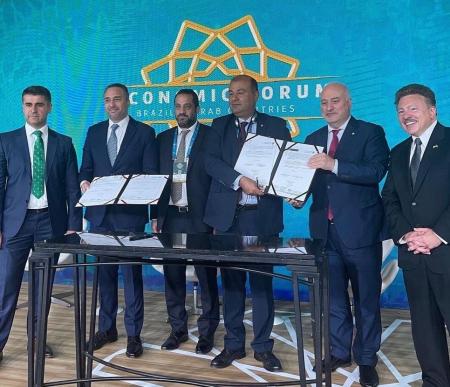 Towards the end of this session, a Memorandum of Understanding (electronic cooperation agreement) was signed between the Arab-Brazilian Chamber of Commerce and the Joint Arab-Foreign Chambers on the “Easy Trade” tool, a blockchain platform for processing documents pertaining to exports to Arab countries.