Country Focus Report: EGYPT Provided by the General Union of Egyptians in Austria Throughout its history, Egypt has witnessed many challenges and conflicts that contributed in a way or another to obstructing the development path; yet, Egypt made sure to overcome these challenges and cope with the regional and international variables, taking advantage of its unique geographical location, which played a vital role in the development process. Perhaps what Egypt has been going through since 2011 is a clear evidence on that, given the accumulated economic issues, and the new rising vision to address these issues since 2013, including corrective economical programs that are substantially different from its predecessors. These programs focused on addressing the root causes of existing and emerging issues & threats with all the available tools.

During the era of President Al-Sisi, Egypt succeeded for the first time in its history at converting consumer spending to productive spending for the sake of building and developing the country infrastructure completely (roads, bridges, reclaiming and cultivating hundreds of thousands of acres, providing housing for poor & middle-income citizens, founding a new administrative capital, upgrading factories, upgrading informal settlements, continuing to open massive production projects in different governorates, and continuing the digital transformation of the government). This indicates the presence of a scientific and a well-studied plan for building a modern country to overcome the internal and external challenges. 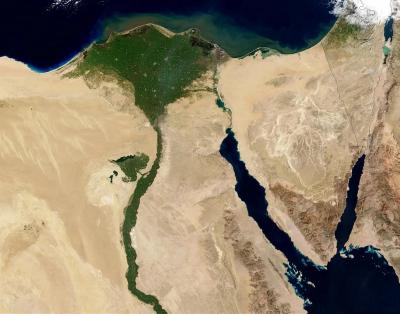 The President supervised implementing a program of economic reforms, initiated in 2017, to ensure better economic advancement and improve the citizens’ living conditions.  The program aims to ensure that the support reaches the eligible persons in an attempt to achieve social justice. The IMF  reports indicated that economic conditions have improved significantly since the start of the reform program, which has helped liberalize the exchange rate, accelerate rates of growth, reduce  internal and external fiscal deficits, increase monetary reserve and reduce unemployment rates to 8.3%. Unemployment is expected to rocket down by the end of the fiscal year of 2020/2021, in comparison to 2011.

Despite the positive indicators that were reflected by executing the economic reform program, some burdens of living have appeared because of subsidies removal on the short term. However, that did not affect the internal stability in light of people’s confidence in the government’s policies, a major factor in the economic reform program that was recommended by the World Bank and is being executed in cooperation with the International Monetary Fund.  For example, in spite of the rise in transportation cost in Egypt, it remains one of the cheapest countries in transportation cost across the world ($.5 for a subway ticket for example), although the operation cost is very high.

Undoubtedly, the outbreak of the emerging "Corona" pandemic has affected the economies of the whole world. However, despite the pressure exerted by all national projects on state resources, international economic institutions have unanimously agreed on Egypt's success - within a limited number of countries in the world - in achieving a positive growth rate during the crisis. One challenge facing the government is how to balance the continuation of the development process and absorb the challenges that emerged from this crisis, considering that the Egyptian government allocated large sums of money from the public budget to develop the health and education sectors, in addition to financial subsidies aimed at helping daily workers and families most affected by the coronavirus crisis.

A report by Moody's for Credit Rating issued in September 2020 praised Egypt's creditworthiness indicators, giving the Egyptian economy a B2 rating, with a stable outlook, indicating that rating rising is linked to the state's ability to withstand debt, reduce overall financing needs, and maintain high levels of foreign exchange reserves.

Goldman Sachs confirmed the Egyptian economy’s ability to withstand the economic repercussions of the Coronavirus, evidenced by the return of about 50% of the indirect foreign investments (about $ 10 billion) that came out with the onset of the coronavirus crisis.  Further positive expectations until the end of this year include inflation rates, the strength of the Egyptian pound, as well as achieving some tourism flows despite the "Corona" crisis. Wizz Air, the third largest low-cost airline in Europe, announced the re-operation of three flights weekly (Milan to Alexandria), in addition to the resumption of Royal Dutch Airlines flights to "Cairo" after a three-year stop, as well as the return of flights from Russia and Kazakhstan to Egypt, with the government applying the precautionary measures agreed upon to receive tourists.

During previous years, the Egyptian government focused on addressing the deficiencies in the Egyptian economic indicators, as well as the social problems that resulted from it. In this regard, the government succeeded in reducing the annual inflation rate for the entire republic to reach 3.4% August 2020, compared to 4.6% in July 2020 and about 6.7% for the same month of last year, against the backdrop of the continued decline in the prices of foods, drinks, grains and other food products.

The government is also trying, for the first time in the history of Egypt, to provide an accurate digital registration of real estate and agricultural lands, in a way that helps solve the problem of erosion of agricultural land and alleviates the facilities crisis that resulted from the exploitation of the events of the 2011 revolution by constructing randomly and illegally on agricultural lands.

In another context, the Egyptian state announced targeting to increase government investments in the current fiscal year 2020/2021 by about 55% compared to the previous fiscal year, bringing the total to about 20 billion Egyptian pounds (225 billion Egyptian pounds funded from the state's general budget) and directing about 10% of it towards drinking water and sanitation projects.

Perhaps one of the most prominent successes is the emergence of the Eastern Mediterranean Gas Forum as a regional natural gas entity that includes in its membership the neighboring countries to Egypt and its launch to become an international entity that inspires peoples and countries.

Thus, the above-mentioned achievements reflect the importance of working on investing in giant government infrastructure projects, especially those linked to the construction sector, which is the engine of growth for the Egyptian economy, particularly during the "Corona" crisis, as it mainly contributed to achieving a positive growth rate of 3.5% in the fiscal year 2019/2020. Moreover, this has also helped limit the acceleration of unemployment associated with the disruption of private sector investments due to the crisis, as the unemployment rate rose slightly in the second quarter of 2020 (9.6%) compared to about 7.7% in the first quarter of the same year, with an increase of 2.1% over the corresponding period of last year. Furthermore, expenditure on these projects contributed to providing cash liquidity within the markets to catalyze the economic revival of various economic activities.

On the social level, President Al-Sisi has also pointed out his work agenda on investing in the Egyptian people since his re-election in 2018, which has been reflected on the ground by the following: investing in the state’s capabilities, especially for the benefit of the health and education sectors; investing in the capabilities of the Engineering Authority for the Armed Forces to implement national projects, an agency known for its great expertise and commitment to complete these projects in the specified times and at the lowest possible costs; and cooperation with the private sector in a way that creates more job opportunities and experiences for the Egyptian youth.

Source & Author: The General Union of Egyptians in Austria, October 2020

Disclaimer: The Austro-Arab Chamber of Commerce takes no responsibility for the content of this report.