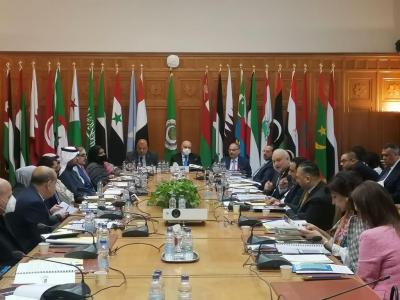 The Annual Coordination Meeting was commenced by H.E. Ahmed Abou El-Gheit, who commended the cooperation among the joint chambers and their efforts aimed at organizing and delivering a wide array of activities. He reiterated the full support of the League of Arab States’ economic sector to the joint chambers, given the paramount role they play in strengthening mutual economic collaborations between the host countries and the Arab countries and attracting investments to the Arab region. 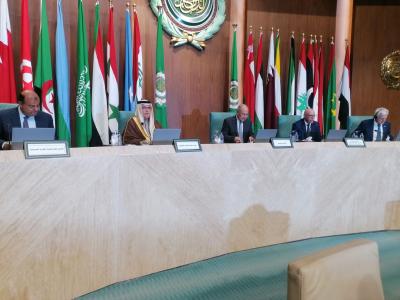 H.E. President Abdullah Al-Mazrouei praised the joint chambers’ efficient work and favored position as the go-to point of reference, especially in light of the economic repercussions of the COVID-19 pandemic and the significant role these chambers play in maintaining and galvanizing economic relations between the Arab countries and the host countries. Al-Mazrouei pointed out these chambers’ growing responsibility and valuable contribution as the world transitions into a digital economic system, into which Arab economies have to be integrated, to address the needs of joint Arab development on a more balanced and just basis.

H.E. Dr. Khaled Hanafy emphasized the influential role that joint Arab-foreign chambers play within the social, economic, political, scientific, educational and cultural spheres in the host countries, namely through economic diplomacy and media. Moreover, Hanafy encouraged electronic connectivity between Arab customs and joint chambers and establishing joint work and training programs between the joint chambers of the Union and the League of Arab States. He also announced the Joint Chambers Week scheduled to take place from 28-30 March 2022 at Expo 2020 Dubai. 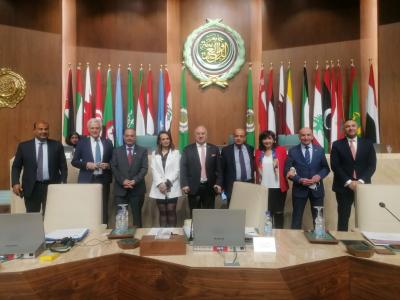 Representing the joint Arab-foreign chambers of commerce, President of the Arab-German Chamber of Commerce and Industry H.E. Dr. Peter Ramsauer pointed out that the fact that joint Arab-foreign chambers of commerce function under the umbrella of the Union of Arab Chambers reflects the Arab economic and cultural unity and unified economic development goals. 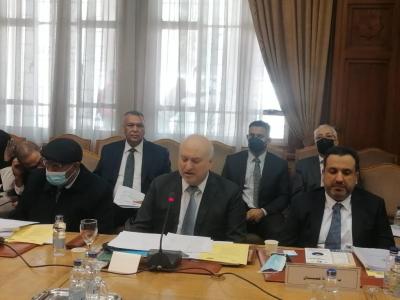 Furthermore, SG Khouja presented AACC’s study on vocational training and avenues of a Euro-Arab cooperation in this regard, and he put forth AACC’s proposal from 2010 to establish the “Arab International Economic Informational Platform (AIEIP)” as a platform for easy access to and exchange of economic information. He also highlighted AACC’s mission as a research and analysis center serving the economic, scientific, educational, and cultural interests of the Arab countries, manifesting through a wide array of studies and assessments, such as the above-mentioned study on vocational training, a study on medical services and another one on renewable energy in Austria and ways to benefit the Arab countries from the Austrian expertise in these fields, in addition to the Chamber’s periodic economic reports and the "Annual Austro-Arab Economic Report", which details the trade volume between Austria on the federal and provincial levels with all 22 Arab countries and presents a plethora of investment and cooperation opportunities in Austria and the Arab region. 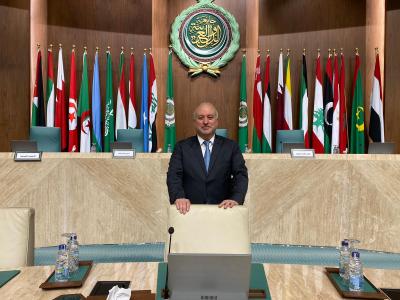 Among the crucial points that Khouja emphasized in his interventions was the indispensable role that joint chambers in general and AACC in particular played in dealing with and adjusting to the COVID-19 pandemic and containing the pandemic’s economic repercussions with as little losses as possible. As such, AACC prepared a number of reports since the outbreak of COVID-19, elaborating the emergency measures and reforms undertaken by the Austrian government to tackle the economic ramifications of the pandemic, and providing recommendations for dealing with the multitude of economic deteriorations and challenges facing companies and the private sector, all of which were conveyed via the Arab embassies in Vienna to the decision-making levels in the respective Arab countries and integrated into their strategies for facing the pandemic. Despite the extraordinary precautionary measures and lockdowns imposed to curb the spread of the COVID-19, AACC continued to operate under dire circumstances, offering its wide array of services comprising legalization services, business consultations and dispute settlement between Austrian companies and their Arab counterparts, and organizing numerous webinars in cooperation with the Mission of the League of Arab States, the Arab Ambassadors Council, and Arab embassies in Vienna, as well as the Union of Arab Chambers and local Arab chambers of commerce. Through its online forums, AACC seeks to simultaneously present the multitude of investment prospects in the Arab countries and the vast Austrian expertise which the Arab countries can benefit from in fields including but not limited to digital transformation, e-learning, e-government, healthcare and renewable energy. Along these lines, SG Khouja additionally presented “Digital Initiative of the City of Vienna” at the meetings. 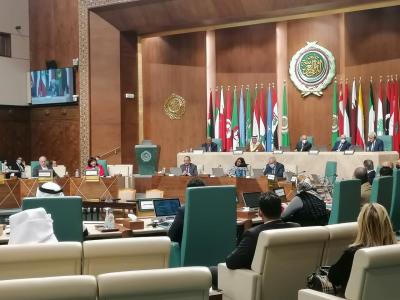 In this regard, SG Khouja also praised the Arab Ambassadors Council in Vienna and the Head of Mission of the League of Arab States H.E. Ambassador Mohamed Samir Koubaa for their continuous support and cooperation with AACC in all its activities and publications. 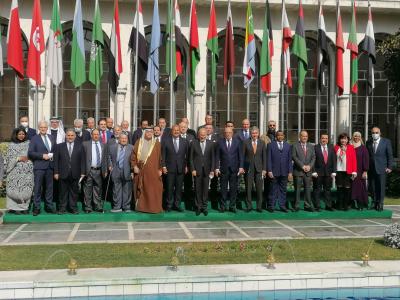 During the coordination meeting, a memorandum of cooperation was signed between the Union of Arab Chambers and the Arab Tourism Organization. A shield of appreciation was presented to Ambassador Dr. Kamal Hassan Ali, Assistant Secretary-General and former Head of Economic Affairs Sector at the League of Arab States, as a token of acknowledgement of his fruitful cooperation with the Union of Arab Chambers and continuous support of the Arab-foreign joint chambers of commerce.