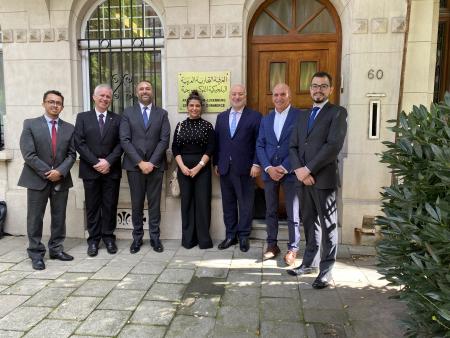 In Athens, Secretaries-General Khouja and Mansour and the accompanying delegation met with the Secretary-General of the Arab-Hellenic Chamber of Commerce Mr. Rashad Mabger, whereby they further discussed their participation in the 11th Arab-Hellenic Economic Forum taking place from 25-26 October 2022 in Athens, and the facilitation of processing export documents. 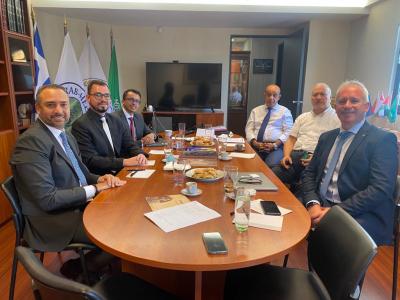 Moving on to Brussels, Secretaries-General Khouja and Mansour and the accompanying delegation were received by the Secretary-General of Arab Belgian Luxemburg Chamber of Commerce (ABLCC) Mr. Qaisar Hijazin and ABLCC’s staff members, and together they further discussed easing the processing of export documents and avenues of cooperation among the joint Arab-foreign chambers of commerce. 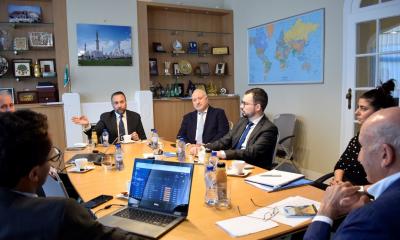 Moreover, the Secretaries-General participated in a roundtable meeting hosted by ABLCC with H.E. Mr. Abdulla Al Doseri, Ambassador of the Kingdom of Bahrain in Brussels, and a selection of Belgian and Luxembourg representatives and companies. The two also attended a cultural event organised by the Royal Embassy of the Kingdom of Saudi Arabia in Brussels, upon a cordial invitation by the Saudi Ambassador to Belgium and the EU institutions in Brussels H.E. Ambassador Dr. Khalid Al-Jindan. 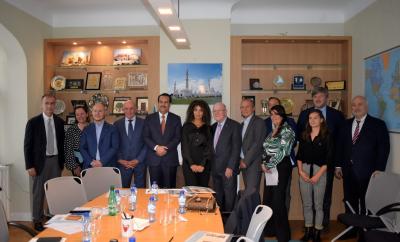