“Decoration of Merit in Gold of the Province of Vienna” 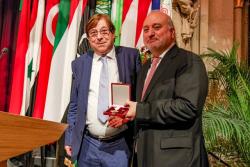 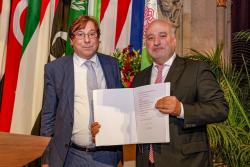 2019 was a special year in many ways, as it marked the 30th anniversary of the establishment of the Austro-Arab Chamber of Commerce and the 10th year for Secretary General Dipl.-Ing. Mr. Mouddar Khouja in office.

Moreover, AACC is proud to announce that Mr. Khouja was awarded the "Decoration of Merit in Gold of the Province of Vienna", in recognition of his tremendous dedication and devotement to the province of Vienna through his personal initiatives and in his professional capacity as Secretary General of AACC. 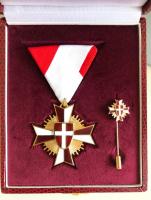