Amidst the recent outbreak of COVID-19, Austria is getting ready to confront the current situation and its inevitable consequences on the economy, especially as a decline in the depicted growth of 1.2% is now expected, amounting to more than 0.5%. This highly depends on the economic political measures that the Austrian government will be implementing in the upcoming period.

If this volatile period is overcome within 2-3 months, the economy may still be able to compensate part of the loss encumbered during the first half of the year. However, if tackling this issue demands a longer period, the economy will most likely lead to a recession.

In normal crises, the conventional method of seeking to establish equilibrium between supply (production, goods, and services) and demand by means of supporting the demand would usually be the adequate response. However, in an extraordinary out-of-the-blue crisis like the one the world is witnessing at present, unconventional methods and measures are direly needed in order to efficiently respond to such an emergency, given that supporting the demand in such severe medical circumstances would not be an option. Therefore, measures targeting liquidity and preserving the labour market ought to be taken. In terms of liquidity, the government would support companies by means of prolonging credits repayment validity periods. The government would also refrain from demanding taxes at the time being and allow paying due taxes in installments over longer periods. A third option would be to provide direct financial subventions to support the affected companies. In terms of preserving the labour, one possibility would be short-time work, i.e., reducing the working hours of employees. Otherwise, the government would have to provide direct support especially to the service sector, which constitute 60% of the economy, in order to compensate employees for their losses and stabilise the labour market.

Austria is directly affected by the losses resulting from isolation and restricted/frozen flow and shipping of products with both Italy and China, especially given that both countries rank among the top 10 trade partners of Austria, with a trade volume mounting up to EUR 20.15 Billion and EUR 14.28 Billion Euros respectively for the year 2019.

For Austrian companies, the consequences of the new corona virus will probably be more significant than those of the SARS epidemic that emerged 17 years ago. A comparison of the bilateral trade figures from 2003 shows that Austria's economic integration with China is far greater than in SARS times. Austrian imports from China more than quadrupled from 2003 to 2018, and exports were more than three and a half times higher than in 2003.  In the past five years, China has always been among Austria's ten most important trading partners. With an import share of 6.2% (EUR 9.82 Billion), China took third place in 2019; the export share was around half as high and was 2.9% (10th place) at EUR 4.46 Billion. Compared to the previous year, both imports (+ 7.8%) and exports (+ 10.0%) increased. The machinery and vehicles product group dominated imports (49.1%), followed by other finished goods (33.4%) and processed goods (11.3%). Around half of Austria's exports to China in 2019 also concerned machines and vehicles (+ 4.0% to EUR 2.26 billion), followed by processed goods (EUR 0.67 billion). In fact, China is the world's third most important procurement market for the Austrian economy, just behind Italy and at some distance from Germany, Austria's number 1 trading partner. 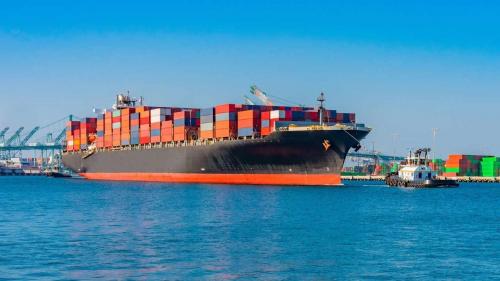 The structure of domestic imports from China has also changed. Consumer goods such as clothing and shoes continue to play an important role, but today Austria mainly purchases mechanical and electrical machinery and equipment from China. The major import positions include high-tech products such as computers, mobile phones, printed circuit boards, integrated circuits, transformers and electric motors. Additionally, a significant number of Austrian and European companies have moved their production factories to China, which has become a base for massive production.

The outbreak of COVID-19 has already adversely influenced the oil market. Upon the decline in global economic and oil demand, conflicting positions emerged over OPEC’s proposed plan to stabilize the oil market at the OPEC+ Talks which took place on March 6 in Vienna, thus aborting the OPEC+ oil deal. Both Russia and Saudi Arabia opposed the proposal of cutting global crude production by 4%. As the current OPEC+ agreement expires at the end of March 2020, the market faces the threat of unrestrained production and significantly lower prices as of April 1 2020. The striking decrease in transportation fuel demand from auto and aviation industries has caused priced to decrease by almost a third since January.

The COVID-19 epidemic has also had its toll on the aviation industry. Prominent Vienna-based airlines, namely Austrian Airlines and Laudamotion had to cancel and suspend many flights to a number of routes across Europe as well as to other continents. Depending on the country, additional entry restrictions may apply to many passengers who have been recently to China and to Hong Kong. Austrian authorities have issued an order to close all borders with Italy and ban any entries, except in cases where medical attestations are available. Bus companies have also reported booking cancellations of almost 100%, mainly to Italy and Germany, but also within Austria itself. Not only has the panic caused by Corona virus been posing drastic implications on the industry, but also it could lead to a human tragedy as it poses even more threat to small and medium companies and to employees.

Despite the negative developments, a ray of hope still looms on the horizon, as China has already started re-operating production and shipping at a pace close to normal. The vast majority of experts and analysts expect that this critical phase will end in Austria and the European continent within no longer than 2-3 months. Professor Dr. Christoph Badelt, senior economist and director of the Austrian Institute of Economic Research (WIFO) predicts that a recovery of the economy and a strong economic stabilization will be achieved in the second half of 2020.